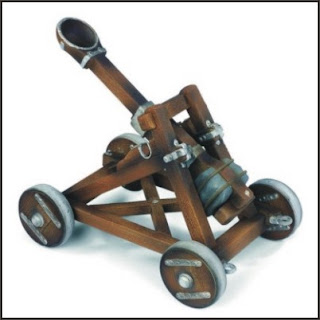 Have you ever had a friend that says something like this: “I don’t know how it happened. Things were going really well and then suddenly my life was out of control. It really snuck up on me.”

One of our favorite things is trying to describe sin as this fireworks, explosive, come out of nowhere moment. It wasn’t a long slow burn with a wick that was ten miles long. It was this instant reaction, an unforeseen challenge that blew up without us seeing it far in advance. I used to think the same thing about the prodigal son story. (I’m also writing a book on the prodigal son right now so 87% of my references will come from that.) I used to think that the son got his inheritance from the father and then climbed inside a catapult that instantly launched him right into hookerland. That maybe the son left a few hours after getting some cash. But in Luke 15:13 we see a slightly different picture. Here is what it says about the moment before he left:

And not many days after the younger son gathered all together and took his journey into a far country, and there wasted his substance with riotous living.

Let’s pretend “many” here means three. So for three days the son slowly packed his bags. He ignored any warnings signs, he very deliberately and methodically prepared to leave the sanctuary of the father’s house. Our sin is the same way. It is not one big, unexpected moment. Most times, it is a slow, gradual journey of a thousand tiny steps. I think a big part of our faith is learning to identify those steps. For instance, I have friends that are alcoholics. They refuse to get money out of the ATM because they are dangerous with cash. They know it’s one of their little steps toward blackout drunk. Is using an ATM sinful? Not at all, but they know where it leads them.

My question to you today is, what are your steps? What do you do during your “many” days? And how can you catch yourself at step 4 instead of step 400?