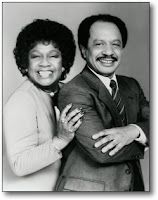 Whenever I sit down to write, I silently and automatically think in my head, “WWDD?” By that I of course mean, “What would Donald Write?” There’s a part of me that so loves his writing style that usually my first draft of anything is simply the “Donald Miller” draft. But it’s fake, not because he is, but because what I’ve written is not the truth but rather what I think a Christian author should say. And so what I write sounds really holy and Godly but is actually a pack of loosely packed lies. But Donald Miller is great.

And I think he’s great because he’s honest. He was one of the first Christian authors for me that really seemed to share his scars, to roll up his sleeves and expose his bruises. Whether that was about his absent father or his dreams to move some where that had more “green places” on a map. He writes like a friend talking to a close friend, not like a Christian on a platform sharing wisdom. And he’s a really nice guy. My parents are friends with him. Before “Blue Like Jazz” exploded and he moved on up like the Jeffersons, beans don’t fry in the kitchen, he stayed at my parents’ house for about a week writing. I spoke with him once on the phone, a story that I have admittedly tried to make more out of in the hopes that other Christians that like him will in turn like me. He was kind and encouraging and told me my background in writing advertising would serve me well when it came to writing books and inside the cover of the issue of Blue Like Jazz he gave me, he wrote, “I can’t tell you how much I love your parents and home.” And that was a really cool, unnecessary thing for a guy about to sell a million books to say.

So I heart Donald Miller.

p.s. what Christian author do you think is going to be the “next” Donald Miller?