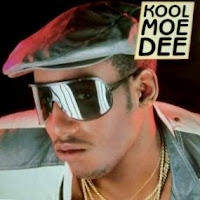 Most people don’t know this, but I have a rare communication disorder.

It’s called “Rappers Delight.”
Whenever I write, I am overwhelmed with an intense desire to make references to rappers from the 80s and 90s. You think I am joking, but please, just stop, collaborate and listen. Ugh, see, that was a lyric from a rap song. It was from a rapper, or bard really, named Vanilla Ice. And I can’t help myself. Even as I type I’m tempted to find a way to fit in the line, “I work, I get the job done,” from Big Daddy Kane. And once at another job I tried to write an ad about countertops using LL Cool J lyrics. I’m being honest. The ad was about how granite was popular again but had never really been unpopular. So I wrote the headline, “Don’t call it a comeback.” But my boss was too smart and refused to print it.
Is there a cure? Yes, but it involves a lot of chamomile tea and Yanni’s album, “Live at the Acropolis.” But I’m not the only one with a problem. Some of you ministers out there need to break your addiction to alliteration.
It starts slowly, doesn’t it? In seminary you have to write a sermon for class at the last minute. Fueled by red bull, you sit down and scribble, “God is everywhere, eternal and enough.” You pause and look at the paper realizing, “Hey, all of those key words start with the letter E.” And now you’re hooked. You’ve had a taste of the big A and I fear alliteration won’t let you go without a fight. Soon you’ll be saying, husbands need to “Love, Lead and Listen” at home or that working for the Lord is about being, “Dedicated, Determined and Deliberate.”
I wish I had an easy solution for you. I wish we could do something like a gun exchange program. You could give me your alliterations and I could give you some rap lyrics:
You:
“I’m here to turnover a new community idea I had called, “Serve, Share, Save.'”
Me:
“Thank you. Please take the lyric, ‘I wish I was a little bit taller, I wish I was a baller, I was I had a six four impala.'”
But it’s just not that simple. I’ll pray for you.
P.S.
I’m going to write a post about rhyming pastors too, girl you know it’s true, cause they ain’t few, Tom Hanks was in the movie, “The man with one red shoe.” Word.
Previous Post: « Email Forwards
Next Post: The tour, the book, the dizzy feeling in my stomach. »