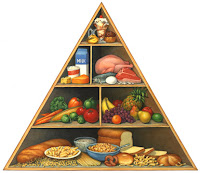 If you live in the south you might substitute barbecue for pizza and sweet tea for orange drink, but this blog is international (Hello Australia) so let’s stick to the basics.

I’ve written about the first three before but it’s time to add orange drink to the SCL hall of fame. You might have had red drink instead but it doesn’t matter because they all taste the same. Orange drink is kind of a cross between gatorade, kool-aid, sunny delight and tang. It’s usually served up in a big vat of orange stickiness.

I think a good portion of my body is actually orange drink, not blood. I honestly drank that much growing up. But I retired in the middle of high school. I kicked the habit so to speak.

Here’s what happened: I went into the back room at youth group to get some napkins. There, out of sight from everyone, was one of the youth leaders making the orange drink. She didn’t know I was there. I watched as she unsuccessfully looked for a ladle or spoon to stir up the water and orange drink mix. When she couldn’t find one, she shrugged, rolled up her sleeve and then stuck her whole arm into the big tub. It was like one of those gatorade containers they dump on coaches that win football games. Only this was no game. She had her entire arm in there, almost up to her armpit. Slowly she stirred it around, using that sweaty appendage as a big spoon.

I ate my discount pizza that night without a drink.