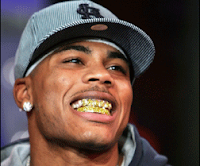 I never had a promise ring. I had nothing against them, they just never got popular in my youth group. But when people started nominating them for this site I started to think, “why stop at just a promise ring?”

I mean I know that sex is a hott topic for teens. (I used hott with two t’s for emphasis because I saw Juno over the weekend and am trying to be hip and say things like, “Oh my blog!”) Sex is a big issue, I agree, but teens and young adults struggle with other things too. So, as a sneak preview of the kind of things you’ll be able to buy if I ever open the SCL amusement park in Tennessee (I’m comin’ for you Dollywood!), here is my new list of 6 promise worthy items:

1. The Promise Grill
A grill is like a big mouth guard made out of metal. Just imagine a rubber mouth piece that football players wear. Now imagine it bedazzled with gems and gold. Rappers wear them. My idea is to make one that has heat sensitive rubies in it. When someone lies, their body temperature tends to rise. Now, if you see someone’s mouth go from blue to red, you’ll know, they’re lying and think to yourself, “thanks promise grill!”

2. The Promise Dark T-shirt for Lady Swimming
I’ve written about the tankini bathing suit before, but what about the lady that finds that to be a bit too skanktacular? Why not buy my new Dark T-shirt for Lady Swimming? It’s roughly the size of a car cover and is designed with a thick cotton weave that blocks all light and teenage eyes, even if you get it wet. Wear it at the beach or a pool party or use it as a tarp for your tent if you’re camping and it starts raining. It’s really quite versatile.

3. The Promise Ear Plugs
Sometimes kids like to listen to the hip hop with the Uncle L and booty music. (Did I just reference LL Cool J’s nickname? I am so fresh and so clean.) And I know what you’re thinking, “Jon, how can you make something like an ear plug classy and spiritual? That’s impossible!” What if I told you it wasn’t? What if I told you that with a simple coat of black paint and a cross sticker, you can block out 94% of the sounds in your life while letting the world know that your inner aural cavity belongs to Jesus? What if I told you that if you order today, I’ll throw in a second pair of “prayer plugs” for free as well as a knife that can cut a tin can and a tomato? I just blew your mind.

4. The Promise Sunglasses
Forget those big ones Kanye wears, I’m talking about outfitting our teens with those wrap around sunglasses your grandparents wear that kind of look like car windshields only bigger. They’d be great for internet browsing. Still refusing to get a filter for your computer? Just make your kid wear these when he goes online. He won’t know if he’s looking at people or a topographical map of Arizona.

5. The Promise Shoes
All it takes to make these 27 pound shoes is 250 soda cans. After I hand craft them into less than comfortable shoes, your kid is sure to keep from dancing. I know, I know, he might get the urge to tap his foot along with a Steven Curtis Chapman song, but good luck. It takes years of practice to even walk in these things.

6. The Promise Head Gear
Forget the promise ring, if you really want your kid to practice abstinence, get them some headgear from the orthodontist. Head gear is a wrap around device that torture experts use to cause pain and humiliation. A girl in middle school once told me, “Jon, I know they told you just to sleep in your head gear but if you wear it at school too you can get rid of it a lot faster.” She was right, I could also get rid of my friends a lot faster too.

Those are my six new products. As soon as they are available I will let you know. I am building an empire here, an empire.

Update: I should have said “purity ring” instead of “promise ring.” I meant any kind of Christian type of jewelry. Fortunately a reader gave a pretty definition of both. And someone posted a comment today that said: “Wake up from your self delusion and slumber while you can. You mock the Scripture HIMSELF!” Please expect an entire post on that in the near future.

Where did the time go? One minute Julieanne couldn’t stand the site of Dalton McCoy. Her anger boiled and her fists clinched every time she saw him ride into the farm, but over the months, she saw a different side of him. A softer side that was tender and true. He saved her from a rattlesnake. Jumped in the pond with her when she fell in and he laughed the days away after the harvesting was over. By the time it came for him to ask for her hand, it was too late, she had already given her heart.