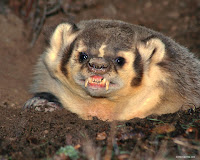 Like any good youth retreat, Vacation Bible School usually has its fair share of accidents and injuries. It’s just kind of what happens when you combine a few dozen children, massive amounts of sugary orange drink and then set them loose on a playground. But for my money, if you really want to go home from VBS with a battle scar, you need to play a game of red rover.

If you’ve never played red rover, please let me enlighten you. In red rover, kids form two lines facing each other. They hold hands and then yell, “red rover, red rover send Matt right over.” Matt then runs as fast as he can into the arms of the other kids. If the force of his body causes two people to release their hands, he wins. If instead he gets clothes lined and falls down, he gets to go to the hospital and have 7 stitches in his head.

It’s so dangerous that it is absurd. Most of my life I spend trying not to get close lined. It’s a painful experience and is actually used pretty effectively in professional wrestling. And yet, it’s a game we used to play on the playground. Which made me think, are there any other awesomely dangerous games we should be playing at VBS?

1. Badger in a bag.
Lets hide pieces of caramel in a bag and then put a really angry badger in that same bag. To win, you have to successfully grab a piece of candy from the bag without losing a finger.

2. Corn kernel balloon fight.
Filling balloons with water is for wimps. Let’s get balloons and fill them with kernels of corn. Getting hit by one will certainly leave a bruise, but what a great way to remember VBS.

3. Samson hair salon.
Although not physically painful, I think this would cause a good deal of mental stress. Let’s play Samson Hair Salon and give the kids dull scissors to cut each other’s hair with. How happy would you be to see your kid come home with a reverse mohawk that another kid gave him at VBS?

I doubt any of these games will ever take the place of red rover, but if you send your kid to VBS at my church, please know you will have to sign the “my kid might come home as bald as Britney Spears” waiver.

Previous Post: « Not knowing how to do a proper standing ovation.
Next Post: Where the ladies at? »