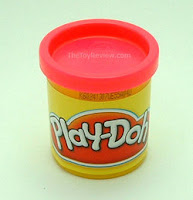 During the mid 1980s, our fair nation went through a Play Doh shortage. The countries that typically supply it to us banded together and jacked up the price. It was a dark time and many a star-shaped extruder went unused that summer.

Despite the raging crisis, churches decided to still hold Vacation Bible School. It was a bold move, a stand against tyranny, but they knew that without VBS, the Play Doh terrorists had already won. Unfortunately, VBS without Play Doh is like Oreos without milk. It just didn’t make sense. So a team of moms, started what they called the “Manhattan Project.” They locked themselves in a kitchen and created a homemade version of Play Doh.
What would emerge from their experiments would save VBS. It was soft, squishy and pliable. The colors were not as bright or as vibrant as the original Play Doh and it always seemed to be brownish or gray, but kids across the country loved it. There was only one problem. It was also delicious. For some reason, it was very salty and almost impossible to resist eating. I personally ate it and found it to be very similar to what I imagine eating a wet bag of potato chips would be like.
Times are different now. Kids today have real Play Doh and the delicious homemade variety is the stuff of legend. But I promise you, for one summer, the world stood still as Tupperware dish after Tupperware dish was emptied out onto a table in a moment of jubilation that will not soon be forgotten.
(This is the only scenario I could imagine giving birth to homemade Play Doh. Which I did eat and would eat again if given the chance.)
Previous Post: « New Version – Wow. That's all I can say about this video.
Next Post: The SCL Dictionary »