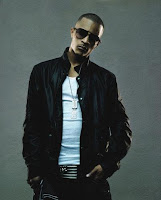 Roughly 92% of the ideas on this site are presented in list format so it seemed appropriate to tell you about 10 reasons you should attend the Off the Blogs event in Atlanta on Thursday, February 26 at 7:00PM.

1. Pete Wilson will be there.

2. Aaron Keyes will be there.

3. Anne Jackson will be there.

4. Carlos Whittaker will be there.

5. T.I. will be there.
OK, this one hasn’t been verified and in fact I made it up approximately 14 seconds ago. But Brad Lomenick from Catalyst does know everyone and T.I. is from Atlanta and the chorus of his latest song sounds like a really good Pseudo Christian Song, if not the soundtrack to the Prodigal Son story: “Ooooooo I’ve been travelin on this road too long, just trying to find my way back home. The old me is dead and gone… dead and gone…” So maybe he’ll come?

6. It’s easy to register for the event and you can do it right here. (It’s free for folks attending Catalyst One Day and $10 for folks not.)

7. You can volunteer and maybe meet T.I. Again, not sure why I am lying about him coming but maybe if I include him in three of these reasons he’ll show up. Email Anne at (anne at flowerdust.net to help out.) It would just be greeting, handing out Skittles, etc. Very easy stuff. Promise.

8. Speaking of candy, you’ll get free stickers and skittles. I will be handing out both to people named “you.”

9. You can meet my parents. They’ll be there as well as my wife. It’s like an Acuff jamboree.

10. I might bomb.
I said this before and I’ll say this again, I might be horrible and who doesn’t like a train wreck? Maybe I’m only “blog funny” and not “on a stage funny.” (Or maybe you think I’m not even blog funny and I’ll be super double not funny on a stage.) I’m just saying that maybe I’ll get up there and start swearing because I’m so nervous and then instead of finishing the idea I’ve been working on I’ll just run right off the stage and burst through the doors of the sanctuary into the open rain like in that scene from the remake of the movie Great Expectations with Ethan Hawke and you’ll think “this is just like that movie Great Expectations, which Kanye West sampled in the song ‘Robocop’ on his latest album.” And as I’m running away into the night, with tears rolling down my face, I’ll yell back over my shoulder, “Kanye sampled the score of Great Expectations but T.I. never would!” And that’s the third reference soooo.

Previous Post: « Sin Synonyms – Pretty ways to say an ugly word
Next Post: Wondering if we’re worth anything. »